**This article appeared in the December 2012 edition of Plastic Surgery Practice, a national plastic surgery journal.

I beg to differ. While there are no absolutes in plastic surgery, I believe that subpectoral augmentation offers several advantages over subglandular placement in virtually all primary and the majority of secondary breast augmentations:

The scar tissue around the breast implants is less likely to become excessively tight if it is being stretched constantly by the motion of the overlying muscle. Multiple studies demonstrate that subglandular implants (particularly, smooth silicone gel implants) are associated with high rates of capsular contracture.

2) Reduced risk of interference with mammograms.

Although any breast implant may interfere with mammograms, the muscle can be used as a divider to separate the overlying breast tissue from the underlying subpectoral implant. This is particularly important in women with a strong family history of breast cancer.

3) Reduced risk of excessive implant descent or “bottoming out.”

I recommend against routine division of the lower border of the pectoralis major muscle. Therefore, subpectoral implants are supported by the overlying muscle. In contrast, subglandular breast implants are supported only by the overlying skin and breast tissues. Particularly in patients with poor skin elasticity and/or ptosis, the additional weight of the implant may cause the breasts to bottom out.

5) Reduced risk of unnatural bulging of the upper breasts.

The pectoralis major muscle blunts the junction of the upper implant edge and the chest wall, yielding a more natural breast appearance. Subglandular implants frequently demonstrate unnatural bulging superomedially with an obvious step-off between the chest wall and the breast.

With regard to the exact submuscular plane, I typically place breast implants completely beneath the pectoralis major muscles. In women with tight lower poles, I generally release one to two centimeters of pectoralis vertically along the inferior meridian of the breasts. I rarely release the inferior pectoralis attachments, and I do not recommend a “dual-plane” approach, as these maneuvers may increase the risk of inferior pole rippling and bottoming out.

On the downside, placing implants below the muscle requires greater surgical time and effort and often causes greater discomfort immediately after surgery. In athletes, submuscular placement may sometimes weaken the pectoralis major muscles and may cause animation deformities, particularly if the inferior attachments of the pectoralis major are released.

After performing more than 2,000 breast augmentations, I have come to the following conclusions regarding subglandular implants:

3) Any large subglandular implant is at risk for long-term bottoming out.

I believe that the subpectoral implant position offers more natural and consistent long-term results with less rippling, less risk of capsular contracture, less interference with mammography, and less risk of bottoming out.

Ronald M. Friedman, MD, is a board-certified plastic surgeon in private practice in Plano, Texas. He is the former Chief of Plastic Surgery at Parkland Memorial Hospital in Dallas. 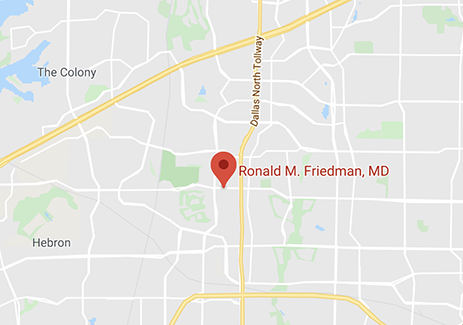